This is a wonderful article by Peter Calcara, Vice President, government relations of the PICPA.

On Dec. 22, 2017, Gov. Tom Wolf signed into law much needed changes to the Pennsylvania Solicitation of Funds for Charitable Purposes Act, which has been championed by the PICPA. House Bill 1420 and House Bill 1421 – now Acts 71 and 72, respectively – were sponsored by PICPA member and state Rep. Keith Greiner (R-Lancaster), and will go into effect on Feb. 20, 2018. The bills passed both chambers of the General Assembly without a single negative vote – 189-0 in the House and 49-0 in the Senate.

Regulations Stamp image“I recognize the need for continuity in the way charitable organizations are measured and monitored,” Greiner says. “My legislation is an attempt to align state guidelines with requirements set forth by the federal government for audits of state and local governments and nonprofit organizations.”

Under current Pennsylvania law, once a charitable organization reaches annual contributions of $300,000 or more, it has to file an audited financial statement prepared by an independent CPA. As noted in a PICPA issue brief, these thresholds are extremely low in today’s marketplace. For comparison, as part of the federal audit guidance update, effective Dec. 31, 2015, all nonfederal entities that expend $750,000 or more of federal awards in a year are required to obtain an annual Subpart F audit.

According to information posted by the Pennsylvania Bureau of Corporations and Charitable Organizations (BCCO), which oversees compliance of the law by the more than 12,000 charities soliciting in Pennsylvania, the Act 71 thresholds for audit, review, or compilation of financial reports will be applied to all charitable registration renewals due Feb. 15, 2018 (March 31, 2017, fiscal year ends) and all subsequent renewals, as well as to all new charitable organization registrations for all other fiscal year ends filed on or after Feb. 20, 2018.

Act 72 clarifies that annual registration statements for charitable organizations must be refiled annually based on the postmark date instead of the date it is received at the BCCO. Act 141 of 2014, which the PICPA championed, changed the renewal date for charitable organizations from 135 days after the close of the fiscal year to the 15th day of the fifth month following the close of the fiscal year. But, an interpretation by the BCCO that any registration statement postmarked on the due date will not be timely filed created confusion.

In addition, Act 72 increases the deemed approved time for charitable organization, solicitor, and fundraising counsel registration filings from 10 to 15 days.

The PICPA thanks Greiner for all his guidance and support throughout the legislative process.

The issue is a good example of PICPA’s legislative advocacy efforts in action. Together with our nearly 22,000 members, the PICPA can achieve positive changes that benefit Pennsylvanians and the CPA community.

The Pennsylvania Department of Community and Economic Development (DCED) now requires municipal authorities and authority nonprofits to file their annual reports online. Karen O’Neill, local government policy specialist with the DCED, provides more details on the entities this impacts and e-file instructions.
Listen as Pam Baker, CPA, managing partner of Barbacane, Thornton & Company, provides further perspective on this big change, and highlights the benefits and challenges for CPAs who work with these authorities. Click here for the podcast.
Read more

What Tax Change Proposals Could Mean for Annual Giving

What Tax Change Proposals Could Mean for Annual Giving

Since its debut nearly a century ago, the charitable deduction has fluctuated with ever-changing tax plans. Now, in the year of its 100th anniversary, the deduction is facing yet another change. An analysis by the nonpartisan Tax Policy Center estimates that one proposed tax plan will reduce charitable giving by as much as nine percent, or $17 billion dollars. While these are just projections, nonprofits should consider how changes in the tax law may impact charitable giving and their organizations. Here are two major threats charitable deductions might face under such a plan.

Under the current plan, there is a 40 percent tax on everything you own upon death. However, if your net worth is under $11 million dollars you are exempt from the 40 percent tax. High net worth individuals often make a charitable bequest, as these are not subject to estate tax. The elimination of the estate tax under the proposed plan has many organizations concerned that charitable bequests may significantly decrease.

While there are many studies that have found no correlation between tax law and the motivation to donate, a U.S. Trust Study of High Net Worth Philanthropy found that just 34 percent of participants cited tax benefits as the reason for making charitable gifts. In a separate poll, 73 percent of participants indicated personal satisfaction and making a difference as the main motivation for giving. One could also argue that should the tax plan be approved, the “Tax-Rate Effect” will be offset by the “Income Effect.” By reducing taxes, more disposable income will be available for charitable contributions and ultimately be invested back into the economy.

Under one proposed plan, the business tax rate will be lowered from 35 percent to 15 percent. This could give large corporations more incentive to give to nonprofits. Many corporations leave a substantial amount of money overseas to avoid U.S. tax – if the rate is reduced, corporations will be more inclined to bring their money home. This homecoming means nonprofits could see more activity from large corporations.

It is important for nonprofits to remember projections are just projections. No one can say for certain if the proposed plan will pass, and if so, how donors will react to the changes. Either way, nonprofits should be proactive. Below are several tips for positioning your organization for the future.

Most tax-exempt organizations are required to file Form 990, but how many know that this form can be used for much more than IRS compliance and maintaining a tax-exempt status? Nonprofits should recognize that Form 990 is more than just a financial reporting mechanism; it presents the opportunity to engage potential stakeholders by providing a snapshot of an organization’s financial health, governance, and operations – all in one convenient place. Donors will often refer to Form 990 to learn more about your organization and to see if your values align with theirs. Taking advantage of the narrative sections on these forms is an opportunity to tell your story.

Multiple studies have found that when organizations match donations, giving increased by as much as 20 percent. The amount of the match did not matter!

o …and what doesn’t

When an organization receives funding from other sources, such as government grants, donors are not as motivated to contribute. They are under the impression that the organization can thrive without them.

If passed, the proposed tax law changes will disrupt the current marketplace. The best thing nonprofits can do to prepare include:

o Thinking about their donors – how will the tax law changes affect them?
o Being prepared to make changes to their budgets.
o Making lawmakers aware of how these law changes would impact their ability to fulfill their mission.
o Evolving their fundraising efforts.

We will continue to monitor the proposed tax law changes. The professionals in our office can help you prepare for the uncertain future, call us today.

Prepare for a Successful Audit Experience

Prepare for a Successful Audit Experience
by Edmund Fosu-Laryea, CPA 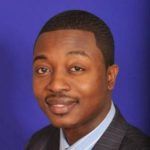 Audits may at times be time consuming, intrusive and stressful as you often have auditors come in for a week or two and disrupt your regular flow of work. However, there are a few things you can do to have a successful audit and help eliminate the stress that comes with having your audit done.

The genesis of a successful audit starts with learning from the past. Take a retrospective look at prior year audits to see if there were any major issues or problem areas encountered, and work on resolving them before the start of the audit. Review prior year audits for any audit findings or internal control recommendations and make sure these conditions are corrected. Also, make sure any recurring journal entries from prior year audits are posted to your general ledger prior to the start of the audit, as this will save both you and your auditor time and energy.

Communication is also always key to having a successful audit. Keep an open line of communication with your auditor during the year and seek guidance on any new standards or unusual transactions encountered. Your auditor will generally be receptive to answering your questions as they would rather you use the correct accounting treatment for these transactions the first time around instead of correcting it during the audit.

As the saying goes, “By failing to prepare, you are preparing to fail.” Preparation is one of the keys to having a successful audit. Audit preparation can be time consuming but, if done right, allows you to reap the benefits of having a stress-free audit. As part of preparing for the audit, you may want to do the following: i) Designate a point person for the audit. ii) Make sure your records are accurate, organized and up-to-date. iii) Make sure all year-end reconciliations are completed. iv) Make sure all documents requested in the planning memo are completed and ready by the start of the audit. Reach out to your auditor if you have any questions on the items requested. v) Make sure all schedules and work papers to be provided to the auditor agree to your general ledger and trial balances. vi) Make sure the draft financial statements is available on or before the start of fieldwork.

It is important to ensure that all key staff are available during the audit. Although most of the schedules and work papers may have been requested by your auditor prior to the start of the audit, they will always ask for additional information, including supporting documents and explanations. The availability of key staff will allow the audit to be conducted more efficiently and effectively.

Finally, try to occasionally get an open items listing and a status update from your auditor to track the progress of the audit and to consider any additional help you can provide in getting the audit completed successfully.

It is to everyone’s benefit that your staff is ready in advance. If you need advice, we have professionals who can help with your questions or concerns, especially before your audit begins. Please contact us for more details.