On October 10, 2018, the Postal Regulation Commission (PRC) approved a proposal to increase the United States Postal Service rates for shipping and mailing service fees. The new prices, rising by up to 10 percent, will vary by product and take effect January 27, 2019.

Price changes include raising the cost of a first-class stamp by 10 percent from 50 cents to 55 cents each. Some items, such as postcards, will remain at 35 cents while the price letters weighing more than 1 ounce, will decrease.

This rate increase is an effort to keep the Postal Service competitive while providing the agency with additional revenue. As a reminder, the Postal Service does not receive tax dollars for operating expenses; instead, they rely heavily on the sale of postage, products, and services to fund its operations. In addition, mailing service prices are influenced by the Consumer Price Index, while shipping service prices are adjusted based on market conditions.

Organizations, but especially nonprofits that rely heavily on bulk marketing mailings will feel the impact of the 2019 rate increases. Nonprofit organizations should prepare and budget for the cost of their bulk outgoing mail to increase twice the rate of inflation. They also need to consider the cost of including a return envelope to facilitate donations as these will also incur a higher first-class letter rate.

If you need guidance on how to meet these challenges, please call the experts in our office.

Year-end giving is historically the most critical period for charitable foundations. Movements like Giving Tuesday help nonprofits gather donor funds through a lot of social fanfare, while the holiday spirit inspires others to give generously to their favorite causes. This surge in giving helps many nonprofits finish strong – but there’s a lot to uncover when it comes to a donor’s intent to give.

What started as a huge question mark, is ending the year on a positive note. Early in the year, changing tax laws caused many to speculate whether taxpayers would lose their incentive to give. However, in the wake of wildfires, hurricanes, and floods, the opposite appears to be true. According to survey data released by Classy, an online and mobile fundraising platform for nonprofits, 48 percent of those surveyed feels disaster relief is a cause needing support, the highest percentage of all causes included in the survey. The Classy survey revealed that “nearly half of consumers (49 percent) plan to donate more money to charity than they did in 2017.”  This data varies based on income level, but the message is clear, donors are motivated to give.

When it comes to charitable contributions, the survey also found that the donation experience plays a significant role in a donor’s level of trust in an organization, as well as their likelihood to give. As new generations emerge in the philanthropy landscape, nonprofits shouldn’t be surprised to hear that technology – the ability to give electronically – often tips the scales for millennials and Gen Z donors. In fact, more than half of consumers (53 percent) prefer to give online, regardless of their generation. Nonprofits should focus on improving their digital giving experience if they want to gain more trust in 2019.

Americans are certainly proving their mettle this year, but it’s important to note that while many have already committed to fundraising and relief efforts, there are still some who are sitting on the fence. According to Classy, personal or family connections to a cause, recommendations from social media influences, ease of donating, and negative media coverage heavily influence donor spending. The survey findings also indicate that disaster relief is a top cause for both Democrats (47 percent) and Republicans (42 percent).

The experts in our office are here to help you uncover ways of getting in front of new donors – give us a call today! 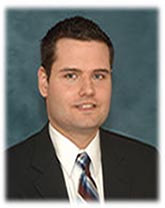 Every organization needs internal controls to safeguard assets, assure accounting data is accurate and reliable, promote operational efficiency, and encourage compliance with prescribed policies and procedures. The start of a new year is the perfect time to take a fresh look at these controls to see how they measure up.

Here are some recommendations to help you maintain a good internal control system.

According to a 2018 analysis of fraud schemes released by the Association of Certified Fraud Examiners, the not-for-profit sector may not be the most victimized type of organization; however, they suffer some of the greatest losses. Per the report, “not-for-profit organizations were the victim of only 9 percent of frauds and had the smallest medial loss; however, for many not-for-profit entities, financial resources are extremely limited, and a loss can be particularly devastating.”

Generally, developing strong controls and maintaining a tight watch over your accounts can help you both prevent and catch fraud. The professionals in our office can assess your fraud risk and provide you with a comprehensive and personalized plan to mitigate that risk. Contact one of our professionals today for more information.